A Single SSD’s Journey from System 7 to High Sierra 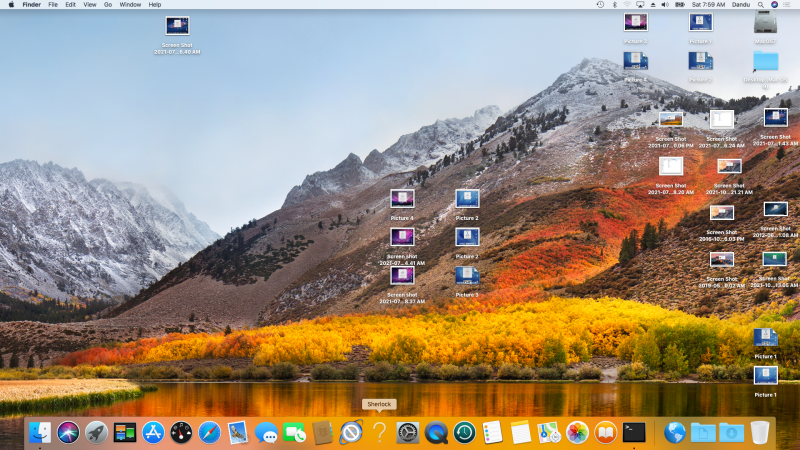 this video from 2016 may be the one), which gave him the inspiration for this journey. [Pierre] documents his efforts on his blog (in French; English translated link is here).

Along the way, he installed 24 different operating systems

across three of the four processor families spanned by the Macintosh line of computers since their introduction in 1984. You can see in the lead photo the success, where the Mac OS 8 search tool Sherlock is shown in the dock of a MacBook Air running High Sierra.

The process was not without its glitches, most of them having to do with the OS disk partitioning and format. [Pierre] selected an M.2 SATA solid state disk drive, which with the appropriate adaptors, can present itself as a parallel ATA drive, a serial ATA drive, or just used directly as an M.2 SSD in the more modern computers. Making the project more challenging was that [Pierre] wanted to record the video of the process, which involved capturing the computer screen during all the various upgrades. He kept a disk image backup at each stage of the process, so he could recover from errors without having to start all over again.

What eventually stopped the journey was the file system. [Pierre]’s SSD began using HFS file system, but somewhere during the Power Mac G3 Beige phase of the migration, he had to upgrade to the HFS+ (extended HFS) file system, an exercise not for the faint hearted. This HFS+ file system had to be extended and tweaked a couple of times along the way, as well. But the journey came to an abrupt halt at macOS 10.13 High Sierra. The next release, 10.14 Mojave, requires the APFS file system (not to be confused with the now-deprecated AFP file system). [Pierre] believes even that could be overcome, as the issue seems to stem from the minimum block size of 4096 bytes imposed by APFS. It seems possible this could be overcome by cloning the drive, but that would go against the spirit of his original challenge.

Be forewarned, the video below the break is a 2 hour “abbreviated” version of the whole process (the DOS to Windows 10 video clocks in at 11 hours). We’re not sure what practical purpose this serves, but it was certainly intriguing to read about the process and the hiccups that [Pierre] had to solve along the way. What’s the longest that you’ve kept migrating a system drive on your computers? Let us know in the comments down below.

How Good Are The Head(amame) 3D Printed Headphones?

How Good Are The Head(amame) 3D Printed Headphones?