Hackers can track your location by using your Bose, Jabra, Sennheiser and JBL headphones via their MAC addresses 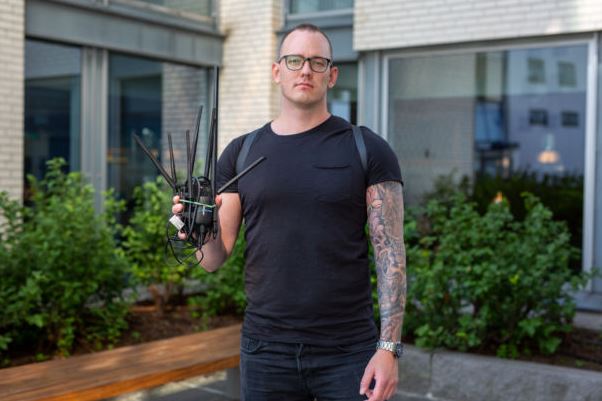 Bjørn Martin Hegnes is a computer science student who resides in Norway and has been using equipment for listening to Bluetooth and WiFi messages for academic purposes. As he mentions, his main goal is to determine how many users can be tracked through the information emitted by devices that we all use on a daily basis, mainly smartphones and Bluetooth headphones.

After a few months of research, the results have surprised even Hegnes himself: “It’s amazing to see how easy it is to track accessories connected to a phone,” he says.

Since the beginning of her academic work, Hegnes has shared more than 1.5 million Bluetooth messages with the NRK, the public broadcasting organization in Norway, in order to carry out a detailed analysis. Among other things, this study has led to important conclusions such as:

All this information was collected by Hegnes while cycling through the city of Oslo and using only a Bluetooth signal receiver capable of intercepting these messages within a radius of 100 meters. The young researcher claims that it is possible to track these devices for extended periods because they do not change their MAC address periodically. This is a unique identifier and is required to enable connections between devices.

The ability to change MAC address is a feature of newer devices, although not all technology products can do so. In this regard, the researcher Eivind Arvesen from security firm Sector Alarm mentions that this practice began to be adopted after the revelations of Edward Snowden: “The NSA was mapping the movement of individual users thanks to the tracking of the MAC addresses of thousands of devices.”

Arvesen mentions that another problem is that there is no standard that forces manufacturers to add better MAC address security features: “It’s actually scary how little is required to perform Bluetooth user mapping,” he says.

Needless to say, all these traceable devices are available in any electronics store, although some of the manufacturers have already spoken out about it, ensuring that models vulnerable to this tracking practice are already in a process of lag and elimination from the market. Manufacturers such as Bang & Olufsen and Fonnesbech, for example, say that this is necessary because the execution of the Bluetooth Classic protocol, although the transition to more recent protocols is already underway.

On the other hand, manufacturers such as Senheiser admit to having fallen behind in this process: “Our headphones that use Bluetooth Low Energy technology work with static Bluetooth/MAC addresses. Starting in the first quarter of 2022, random addresses will be used for all of our new headsets,” a company spokesperson said.

It is worth to mention that the use of random MAC addresses is a relatively new practice in the electronics industry and its widespread implementation may take a couple more years, although no doubt important steps have already been taken. At the moment, the main resistance may come from users of smartphones or tablets of previous generations, who would stop recognizing Bluetooth devices if they constantly change their MAC addresses, making a new pairing process necessary every time you want to use a device.

Finally, Hegnes advises users not to change the factory names of their Bluetooth devices, as this could make it even easier to track their activities. During her research, Hegnes found at least 35 people using their full name on these devices, which she considers a lousy idea in terms of security.

The post Hackers can track your location by using your Bose, Jabra, Sennheiser and JBL headphones via their MAC addresses appeared first on Cyber Security News | Exploit One | Hacking News.

The richest digital pirate: “Omi in a Hellcat”, an illegal IPTV streaming company owner was arrested

These devices and OS will have problems next year as Let’s Encrypt Root Certificate is expiring! Check if your device is the list