Social Media Fraud: Are Influencers Trying to Scam You? 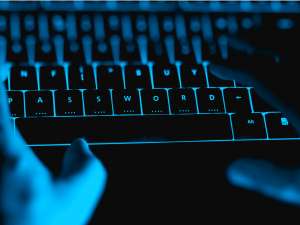 Many of the biggest social media influencers have built huge online followings by flaunting their success. Pictures of glamorous lifestyles, fancy cars, shiny jewellery, luxury holidays and bundles of cash have proven to be very popular with social media users, eager to achieve a similar level of success for themselves.

However, a new breed of social media influencer is emerging. The pictures they share are very similar – but the source of their success is far from legitimate.

These new influencers make their fortunes by selling user guides that explain how to commit online fraud. Described by some as “methods”, these guides provide step-by-step instructions on how to defraud online retailers – a practice they call “clicking”

Each of these “methods” really does work, making them popular with young people keen to experience some of the fame and riches promised by social media influencers. However, anyone caught “clicking” could be prosecuted for committing fraud and jailed for up to ten years.

Fullz – opening the dark web to all

One of the most important reasons for installing anti-malware is to protect your personal data against loss or theft. If hackers are able to access enough of your information, they can commit a broad range of crimes, from identity theft to fraud. This can have long lasting implications for you, like a damaged credit record or significant financial loss.

Stolen personal data is usually traded between criminals on the dark web, message boards and websites that are not publicly accessible. With the right connections it is possible to buy almost anything from these sites – but they are quite difficult for non-technical people to find and use.

But in the same way that they have made online fraud easier to understand, these new social media influencers have done the same for buying sensitive personal information. These accounts now advertise access to “fullz”, the full personal banking information belonging to an individual.

Anyone can buy “fullz” from a social media influencer and then use it to steal the victim’s money, defraud banks, sign up for online subscriptions or commit a range of other frauds. By being so simple to access and use, many more people are likely to take up digital crime, hurting individuals and businesses in the process – and dramatically increasing the risk of being prosecuted.

Will the government respond?

Although not targeted specifically at these influencers, the UK government has announced plans to crack down on “illegal content” being shared on social media. They expect social media providers to play a greater role in policing the content being shared by users, immediately removing anything illegal.

Whether these changes will stop the sale of methods and fullz remains to be seen. For now, the best way to protect yourself against becoming a victim is to install anti-malware on all of your devices to stop hackers from stealing your personal data.