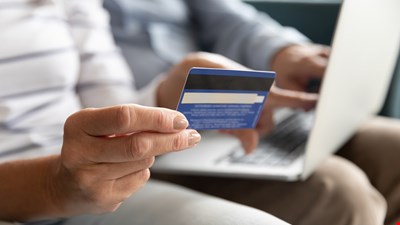 A British cybersecurity student has scammed an elderly woman out of thousands of dollars by pretending to be a member of Amazon’s technical support team.

Twenty-four-year-old Ramesh Karaturi contacted his victim over the phone and persuaded her to believe that cyber-attackers had compromised her Amazon account.

Karaturi’s victim, who Cleveland Police said was a Scottish resident in her 60s, was then manipulated into installing what she thought was “protective anti-virus software” onto her computer.

What the woman installed was a program that gave Karaturi remote access to her machine.

Police said the victim suspected she had been tricked after Karaturi instructed her to leave the downloaded program running on her computer.

After ending the phone call and unplugging her computer, the suspicious victim contacted her bank. She discovered that two sums totaling nearly £40,000 (around $55,000) had been stolen from her account.

Police at Middlesbrough’s Criminal Investigation Department were able to trace nearly half of the stolen money to a bank account in the name of Teeside University student Ramesh Karaturi.

Karaturi, whose last known address was Linthorpe Road in Middlesbrough, was arrested on June 11. While being questioned by police, the cybersecurity student admitted receiving stolen money into his bank account.

Karaturi told police that he withdrew the illicit funds in small chunks before sending it to other individuals, letting them use his bank account for illegal purposes in exchange for keeping 15% of the proceeds.

The Crown Prosecution Service charged the student with three counts of money laundering and one conspiracy to defraud. After being released on bail, Karaturi went before a court and pleaded guilty at the end of July.

On September 6, Karaturi was sentenced at Teeside Crown Court to five months in prison.

“This was a cynical ploy to take a large sum of money from a trusting older lady,” said Police Staff Investigator Ian Brown.

He added: “Money was removed from the victim’s account within 24 hours and Karuturi admitted he and an associate then visited various moneygram/foreign exchange centers across the country to try to avoid suspicion, with much of the cash being sent overseas.”

5 Steps to Protect Your Organization from the Next Ransomware Attack

GSS, one of the major European call center providers, suffered a ransomware attack

5 Steps to Protect Your Organization from the Next Ransomware Attack

GSS, one of the major European call center providers, suffered a ransomware attack