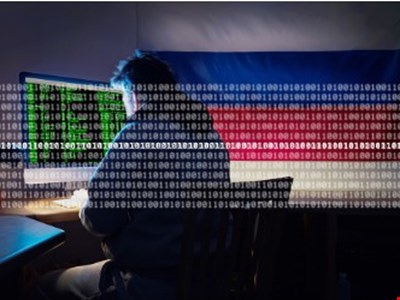 Germany has accused Russia of attempting to influence its upcoming general election through a wave of cyber-attacks.

The German Foreign Ministry said it had “reliable information” that hackers working for Russia’s GRU military intelligence service tried to steal login details of federal and state lawmakers. This is likely for the purpose of misleading voters by posting fake messages from politicians’ accounts ahead of the nation’s federal election on September 26.

Foreign Ministry spokeswoman Andrea Sasse said this was part of a cyber-campaign targeting Germany “for some time.” She attributed it to cyber-espionage group Ghostwriter, who were “combining conventional cyber-attacks with disinformation and influence operations.”

Ghostwriter is a cyber-enabled influence campaign that primarily targets audiences in Lithuania, Latvia and Poland.

Sasse outlined: “The German government has reliable information on the basis of which Ghostwriter activities can be attributed to cyber actors of the Russian state and, specifically, Russia’s GRU military intelligence service.”

Russia has been accused of interfering in election campaigns throughout the world on numerous occasions over recent years, including in the US and UK.

The question of German ties to Russia has been debated during the current German election campaign, particularly around the future of the gas pipeline Nord Stream 2, which may be a motivating factor for these attacks.

Sasse said: “These attacks could serve as preparations for influence operations such as disinformation campaigns connected with the election.”

She added: “The federal government strongly urges the Russian government to stop these unacceptable cyber activities with immediate effect.” Sasse also revealed the same demand had been made directly to a representative of the Russian Foreign Ministry last week and said the incidents were a “severe strain on bilateral relations.”

My antivirus software found this little gem but there seems to be no way to remove it. Any help is sincerely appreciated.

Is IObit Malware Fighter worth it?

110,000 Affected by Epik Breach – Including Those Who Trusted Epik to Hide Their Identity

Can Antimatter Be Generated in a Lab?