New Engines Could Propel The B-52 Beyond Its 100th Birthday 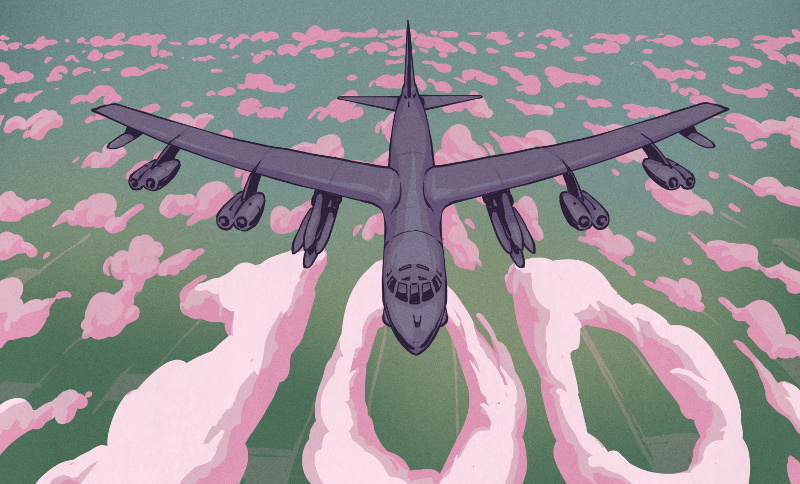 First taking to the skies in April 1952, and introduced into the US Air Force in 1955, the B-52 Stratofortress has since become a mainstay of American air power. Originally developed as a nuclear bomber to carry out the critical deterrence role, changing realities saw it delivering solely conventional munitions in actual operations.

Of 744 B-52s originally built, 76 remain in service with the Air Force and Air Force Reserve. This fleet is set to go on flying beyond the type’s 100th birthday, into 2050 and beyond. To reach that milestone, a new engine package will be key to keeping these birds in the air.

Despite its age, the B-52 is still regularly flown and kept in prime combat readiness. Part of the reason for its long service is that the Buff, or “Big Ugly Fat Fella”, as it’s known, was intentionally overengineered and overbuilt. Created in the era of slide rules, designers wanted to ensure that the plane would be able to deal with the stresses of the high-altitude nuclear attack mission. Leaving enough margin in the design has meant that despite flying for decades, the B-52s still in service still have plenty of structural life left in them.

The B-52 is known for its distinctive layout of eight engines in four separate two-engine pods. Equipped with Pratt & Whitney TF33-PW-103 engines, the bomber boasts a range of 8,800 miles (14,162 kilometers) without refueling. However, the last of these engines was built in 1985, and continuing to produce parts and maintain the engines is becoming a hassle.

Thus, the Air Force seeks a new engine with which to power the remaining fleet. Indeed, it’s not for the first time either. The first B-52s built actually flew with a variety of Pratt & Whitney J57 turbojets, before the TF33 turbofan was rolled out with B-52H production in 1961. Since then, the USAF has investigated the prospect of engine replacement multiple times. Once ahead of the development of the B-1 bomber, and again in 1996, and both times, the project was rejected. Since then, the engines have only gotten older, thus leading to the USAF opening up its request for proposals once more in 2020.

In order for the refit to make sense, the Air Force is seeking a replacement program that will net an engine that is cheaper to operate. These savings could come from increased reliability, easier maintenance, or simply better parts availability. The engine should also be quieter, and perhaps most importantly, more fuel efficient. Jet engine technology has moved on a long way since the TF33 was developed in the 1950s, and thus newer designs could bring great benefits to the B-52 platform.

There’s little desire for more thrust or greater speed, due to the limitations of the aging B-52 airframes. However, a more efficient engine could enable even longer range and greater loiter times than are already possible with the B-52. The hope is to boost range by 20-40 percent, up to 12,320 miles without refueling. This could allow the B-52 to reach any point on Earth without support from a tanker aircraft.

The other major benefit is that the new engines will come with digital engine controls. These systems monitor every aspect of an engine’s health, from turbine inlet and outlet temperatures, to shaft speeds, and just about everything else. When dealing with the maintenance of eight engines on each aircraft, having a digital system to monitor what’s failing and what needs to be changed is a huge help to ground crews. As a bonus, any problem fixed ahead of time is one that doesn’t derail a training program or active mission. Given the cost of these operations, it’s a saving that’s difficult to quantify accurately, but one that pays dividends nonetheless.

May The Best Engine Win

The Air Force aims to order 608 new engines for its fleet, with General Electric, Rolls-Royce, and Pratt & Whitney are the three players vying for the contract. Based on those numbers, that’s eight engines for each of the 76 B-52s still in service today. Thus, it seems likely the plan is to stick with an eight-engine setup, despite four larger engines being a more typical solution on modern aircraft. Each company proposed an engine in the 20,000 lbf thrust range. General Electric put forward its CF34-10 and Passport engines, Rolls-Royce the F130, and Pratt & Whitney a version of its PW800. These are all smaller engines that one would typically see in applications such as small regional or private jets.

Each company is obviously eager to win the lucrative contract to re-engine the B-52. Rolls Royce have already been testing their F130 contender since 2019, well before the official announcement of the program, while GE and Pratt & Whitney are also busy touting their respective engines. Military procurement is big business, and fierce battle will go on behind closed doors before the ink is dry on the contracts.

Ask any engineer who worked on the B-52 program back in the 1950s as to whether their aircraft would be flying in 100 years time, and you’d likely draw a chorus of raucous laughter. However, it just so happens that the B-52 does a job and does it well. Given that replacing it would require the development of an expensive new aircraft, something that the Air Force has struggled with in recent decades, it’s clear the Buff will still soar the skies for a while yet. For the pilots and crews responsible for running the grand machine, hopefully new engines will make that duty a little easier in the years to come.

Is there a Simpler Aircraft Than This Electric Paramotor?